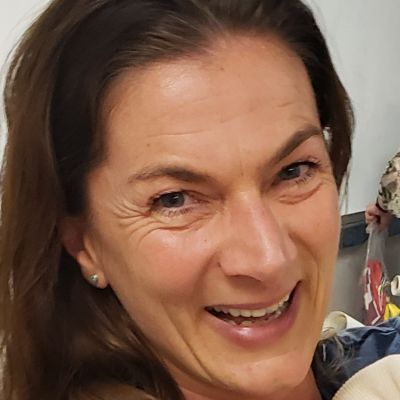 Joined April 17, 2020
Kerstin.Roche@germanschoolcampus.com
(949) 285-0829
https://www.germanschoolcampus.com/
Kerstin Reuther-Roché is from the Island of Usedom in the furthest North-East of Germany. After the reunification of Germany, she was among the first students from East-Germany to be an exchange student in America and spent a year near Columbus, Ohio.

She has completed her master’s degree in Education with the subjects English, Spanish and German at the Rheinische Friedrich-Wilhelms-Universität in Bonn which included a year at the Universidad de Granada in the south of Spain. During that time, she met her husband and moved to Connecticut in 2002.

There, she taught German and Spanish at a public high school for 14 years, as well as German (B1 level class) for 16 years at the German School of Connecticut. Her two children and husband are multi-lingual, as well.

In the summer 2019, Kerstin's family relocated to California where she has been teaching at the German School Campus in Newport Beach in elementary and high school classes. She is very passionate about the Spanish language and culture. Besides being fluent in Spanish, she's also a ballroom dancer and loves the Latin rhythms. In the past, her students always were able to learn a few steps of Salsa, Merengue & Cha Cha Cha.
Kerstin builds bridges to make students feel appreciated, valued and safe. This is the reason why she is able to create a positive environment conductive to learning in her classroom. Her enthusiasm in her teaching is contagious, and her students benefit from it every day.